Fairhope was a town of just a few hundred when architect E. D. Brann built a home for the Beckner family in 1906. By then, Fairhope was in its heyday as a unique community of idealists in search of populist reform and the single-tax principles of communal property. The “utopia by the bay” drew celebrated writers such as Upton Sinclair and Sherwood Anderson, along with other artists and thinkers of the day. Visitors traveled on the Bay Queen paddleboat across Mobile Bay, where Mobile’s well to do kept summer cottages on the shore toward Point Clear.

Old time Fairhopers recall the fish market out the back of the house from the 1920’s until Hurricane Frederic devastated most of Mobile Bay in 1979. “The entire driveway had a 3-foot berm of oyster shells on either side,” remembers longtime local historian Donne Barrett, who also ate his first raw oyster there. “They had large gulf fish, crab and shrimp, and everyone would line up to buy flounder after a jubilee.” The Midwestern farmhouse-style home was later a small inn and recognized on the National Register of Historic Places in 1988. A decade later, the treasured property in the center of Fairhope began a new chapter with renovation to a restaurant and bed & breakfast. 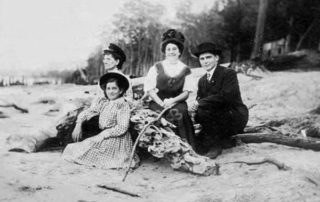 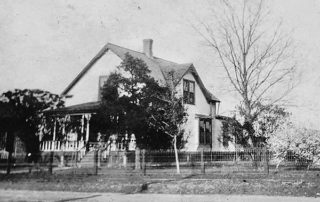 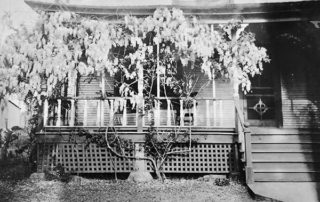